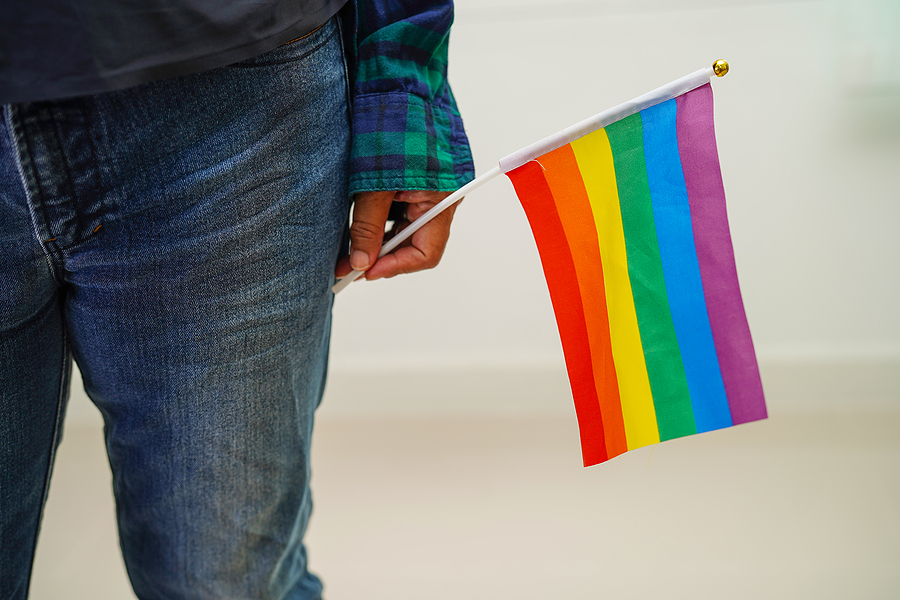 LGBTQ+ Mental Health: How to Help and Support Each Other

Break out your rainbow flags and gather your glitter. It’s Pride Month, ya’ll!

For those who might not know, the first pride parade was a riot. On June 28th, 1969, the local police raided the Stonewall Inn, an underground LGBTQ+ bar in the Greenwich Village section of Manhattan. Following numerous incidents of harassment and violence toward the LGBTQ+ community by the police, a transgender activist by the name of Marsha P. Johnson spoke out about the injustices that the community faces and has since been considered the catalyst of the LGBTQ+ liberation movement. Included in this movement is the protection of LGBTQ+ mental health.

The Stonewall Riots were groundbreaking for the movement, but also traumatizing for those who survived. Folks who identify as LGBTQ+, past and present, have been stigmatized and victimized in countless ways, often preventing individuals from seeking and receiving mental health services. Pride Month is an opportunity to promote cultural competence among mental health professionals to bridge the gap between the LGBTQ+ community and the delivery of mental health services.

As an LGBTQ+-identifying social worker, I’ve been on both sides of the mental health system and have identified a few ways to improve some of the disparities limiting LGBTQ+ individuals:

Know the Statistics and Understand the Barriers

Various external and internal barriers prevent the successful delivery of mental health services to the LGBTQ+ community. Stigmas and stereotypes impact a person’s ability and willingness to participate in mental health treatment. As a result, LGBTQ+ folks are less likely to seek mental health services out of fear of being stereotyped or rejected. The 2022 National Survey on LGBTQ+ mental health concludes that 45% of LGBTQ+ youth considered suicide in the past year, including more than half of transgender and non-binary youth.

The Trevor Project estimates one suicide attempt is made by an LGBTQ+ person every 45 seconds. In addition, 28% of LGBTQ+ youth experience homelessness or housing instability due to lack of support and resources, significantly increasing their risk for suicide. Compared to the heteronormative population, LGBTQ+ adults are 92% more likely to think about suicide, 75% more likely to plan suicide, and 88% more likely to attempt suicide, 17% of which admit attempting suicide at some point in their lives. An estimated 30% of the LGBTQ+ community abuses substances compared to the 9% of the entire U.S. population. They are three times more likely to abuse substances than their heterosexual, cisgender counterparts due to homophobia and/or transphobia, family problems, violence, and social isolation. These numbers don’t lie.

How to Be an LGBTQ+ Mental Health Ally

If someone identifies as part of the LGBTQ+ community, believe them. LGBTQ+-identifying individuals experience a delayed youth. By this, I mean that there is the experience of childhood and puberty as part of the heteronormative expectation followed by a “rebirth” upon the discovery and acceptance of sexual and gender identity. Shame develops during this process and prevents LGBTQ+ people from seeking help because “who will believe us?”

Be an advocate! Social justice is at the heart of the LGBTQ+ community. Mental health professionals should conduct outreach and maintain a presence within the LGBTQ+ population to promote local mental health resources and advocate for positive change. Go to Pride to immerse yourself in the welcoming spirit of the parade, walking together as allies striving for the same goal: equality.

Mental health professionals can provide open-ended questionnaires, assessments, and other demographic documentation for individuals to disclose their sexual orientation and gender identity without limitations. Do research and ask clarifying questions to better understand the terminology and culture. Respect the person’s name and pronouns because they are the experts on their own lives. This is the first step in providing effective LGTBQ+ mental health treatment.

How to Seek Support and Mental Health Care

To my LGBTQ+ peers: give your clinicians a chance. Acknowledge fears and experiences of discrimination and work with your mental health professional to overcome obstacles and consequently improve your well-being. Research support groups and treatment facilities tailored to your needs and ask colleagues within the community for recommendations.

Bright Harbor Healthcare is Your Ally

At Bright Harbor Healthcare, we are proud to provide LGBTQ+ mental health services in our communities. Whether you’re searching for outpatient services such as therapy and counseling for substance abuse programs and child family services, our compassionate professionals are here for you. Start your mental health journey today and reach out to Bright Harbor Healthcare.